The Ego’s right to be right 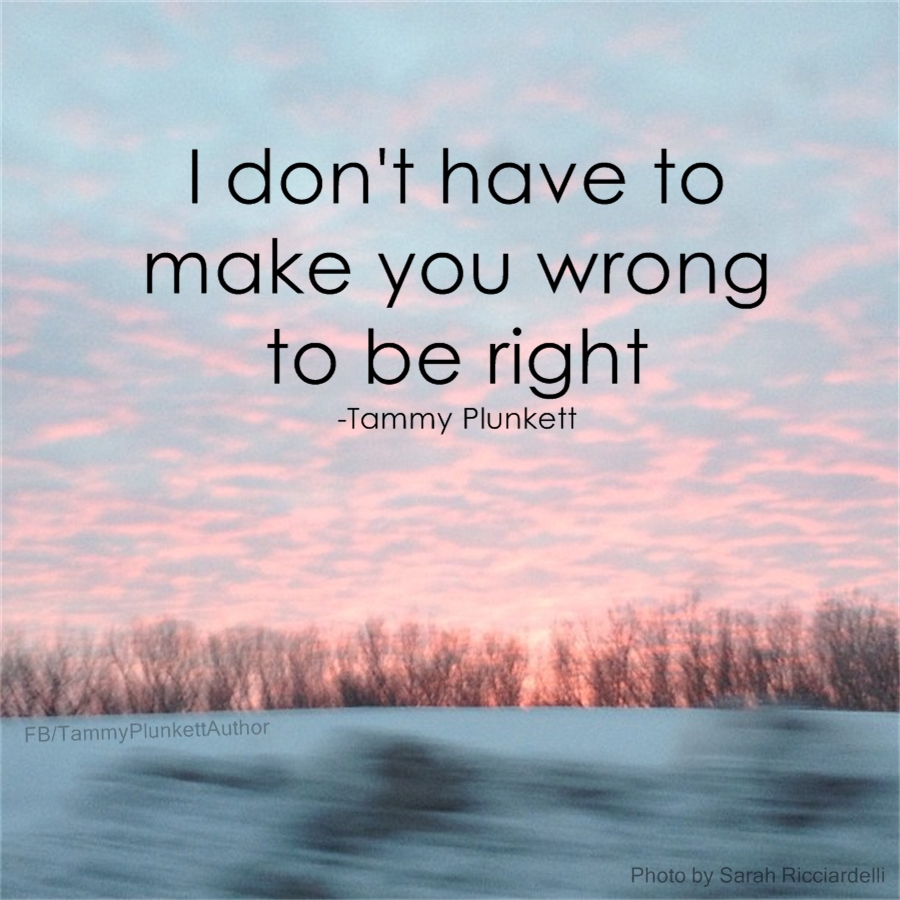 I remember being told growing up that you catch more flies with honey than vinegar. I also remember that if you have nothing nice to say you say nothing at all. But all this wonderful advice sure is hard to follow when you want to be right.

Back when Dr. Phil first hit the airwaves our young family was a loyal captive audience. We all loved his shoot-from-the-hip, tell-it-like-it-is advice. My husband took to using several Dr.Phil-isms including the ever popular, “Do you want to be right or do you want to be happy?”  I talk a lot about the higher-self compared to our basic, biological and primal drives in Being Human, and I devote a whole chapter to ego, but it wasn’t until this week that I realized just how much being happy is being in the higher-self and being right is an ego’s claim.

For example, I’m just about to cross the street and somebody drives through the intersection ignoring the stop sign. Whoa! I am right and he is wrong. I am obeying traffic laws and he is breaking them. Why would I be honey sweet and say nothing? It is the ego that lives in a world of self-protection, a world of competitiveness with a “me against the world” point of view. But if we went to our higher-self for a minute, if we took “me” out of the situation, we might be able to forgive the driver for not being perfect. He is, after all, a human being. Maybe his wife is in labor.  Maybe his boss was angry at him for being late all week and his job was on the line. Maybe he was too busy ruminating in his own ego because another driver cut him off two blocks away and he just got distracted with retaliation fantasies.

If we look at people from a more compassionate “we are all one” point of view we can easily brush off something that our ego would get up-in-arms about. The key is to stay in that place of compassion.  It was wrong to ignore a stop sign, but if no one was hurt and life went on as normal, I would be staying unhappy if I ruminated all day about being wronged.

This last week, I said something to someone that really offended them. Initially, I had no idea my words were so wounding to that other person. I was being flippant, but my remark really hit a nerve. When the person brought it to my attention, my ego’s first response was, “Relax, you’re reading way more into this than I meant!” And my ego’s second response was, “Let me show you how oversensitive you are being with a bunch of psychobabble.”

After all, my ego was right and they were wrong for having their own feelings… or were they?

How can I decide what someone else should feel? How can I say someone is being sensitive when I haven’t walked in their shoes and I don’t have the same past wounds affecting me? Instead of letting ego have its way, I immediately apologized for unwillingly having offended a friend, because their feelings were hurt by me, and that was all the reason my higher self-needed to say sorry, even if my ego thought I was right.

And what is the cost of having an ego that insists on being right? It’s an ego that can’t say sorry. And an ego that can’t say sorry for hurting a friend’s feelings doesn’t deserve the bounty of that friendship. After all, if someone repeatedly hurts my feelings even after I explain the how and why, healthy boundaries go up. Simple as that. I would expect the same from my friends if I repeatedly hurt them. Part of living in the higher-self is to have compassion for others and, although we too often forget, compassion for ourselves.